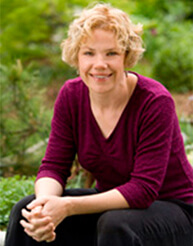 “I have all my life been considering distant effects and always sacrificing immediate success and applause to that of the future.”  Frederick Law Olmsted 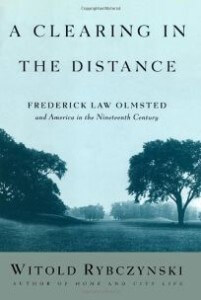 Earlier this year, I had the good fortune of running into a great read, A Clearing in the Distance: Frederick Law Olmsted and America in the Nineteenth Century by Witold Rybczynski. Being new to the horticultural field, I’ve been exposed to a lot of new and exciting things, and while working in and around Greater Boston, one can’t go too long without seeing the name Olmsted. A colleague enlightened me to the fact that Frederick Law Olmsted designed not only Boston’s Emerald Necklace, but also New York City’s Central Park. I immediately thought, “That’s quite an accomplishment!”, but what was more impressive is that those accomplishments turned out to be just a small part of quite a varied and accomplished career.

I think we all have a tendency to examine our own lives when we read about another’s life. Like me, I appreciated that Olmsted took his time early on in his career to feel out exactly what his passions and interests were. By taking his time, I mean he traveled the world, started a farm, explored the master gardens of Europe, authored nationwide publications and literature, was a strong voice against slavery and was the precursor to the American Red Cross during the Civil War, amongst other achievements.

For me, one of the biggest takeaways from his life and career was his propensity for long term planning. This skill exemplified his intelligence but much more so his immense generosity. To plan something so lasting as the Buffalo, New York Park System or The Biltmore Estate is a deliberate gift to future generations, one that he knowingly wouldn’t be able to fully appreciate in his own time. Imagine a painter or musician crafting a fresco or ballad but never being able to see it or listen to it? What vision indeed!

Visiting and working in our client’s gardens is a truly great opportunity and one that I genuinely enjoy. Installing new additions to a garden, pruning and shaping an ornamental tree, or even just editing a garden bed can have quite the long term impact on a garden. Seeing now that I have the ability to leave a more lasting impression than I might have initially realized only further enhances that experience.